A POSITION OF POWER 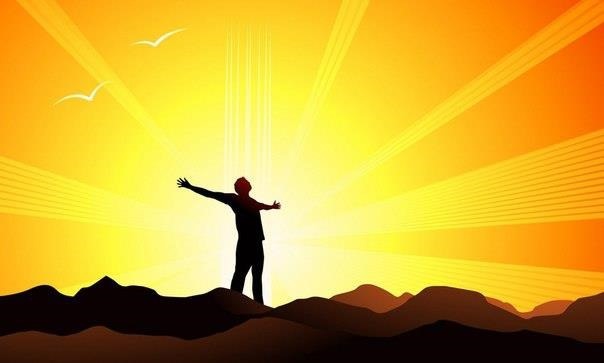 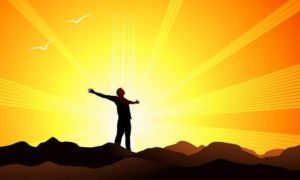 For those of you who are not familiar with the story of Joseph. I am going to do a recap of his story of power and position. Joseph’s story can be found in Genesis chapters 30-50 for your leisure to read. Joseph was one of Jacob’s 12 sons (I want you all to remember Abraham, Isaac and Jacob were amongst the significant people in the Old Testament that were wealthy and powerful. And Jacob was the third link in God’s plan to start a nation from Abraham). Joseph was considered to be one of Jacob’s favorite. Joseph was hated by his brothers for this. In Genesis 37:3-4 NKJV states “Now Israel loved Joseph more than all his children, because he was the son of his old age. Also he made him a tunic of many colors. But when his brothers saw that their father loved him more than all his brothers, they hated him and could not speak peaceably to him. The tunics made for Joseph was considered a robe or cloak. Robes were used for warmth to bundle up, wrap babies, or to sit or even to serve as security for a loan. But most of the robes were knee length, short sleeved and plain. Joseph’s robe was the kind worn by royalty, ankle length and colorful.

The robe became a symbol of Jacob’s favoritism toward Joseph, and it aggravated the already strained relations between Joseph and his brothers. During this time Joseph had two dreams, one dream was his brothers bowing down to him and the sun, moon and eleven stars were bowing down to him as well. Once Joseph disclosed his dream to his brothers and father, his brothers hated him and were jealous of him and his father Jacob rebuked him. Joseph’s brothers were already jealous and angry over the possibility of being ruled by their little brother. Because his brothers were already jealous and angry of him they wanted to kill him, but his older brother Reuben told them not to take his life or shed any blood but to throw him in a cistern in the wilderness. Now a cistern was a large vessel which is used to hold a reserve of water. Cisterns can be either above or below the grown and come in a range of sizes and shapes. Judah which was another one of Joseph’s brothers suggested selling Joseph while Rueben was not around to the Ishmaelite’s. So when Rueben went back to the cistern he discovered Joseph was gone and thought he was killed while in the wilderness so he took his robe; slaughtered a goat and dipped his robe in the blood and took it back to his father to look at it and confirm it was Joseph.

While Jacob was grieving over his son Joseph’s death, Joseph was being transported to Egypt by the Ishmaelite’s and was bought by Potiphar which was Pharaoh’s official. Joseph worked for Potiphar as a slave for a long time and during this time Potiphar’s wife came onto Joseph several times. And each time Joseph would reject her and say he will not sin against God or do evil in his sight. So, one day Potiphar’s wife set Joseph up by telling a lie to Potiphar which caused Joseph to be put in jail. While Joseph was in jail he met a cupbearer and a baker, who was considered trusted men of Pharaoh. A cupbearer was a taster for Pharaoh he had to make sure his food was not poisoned before Pharaoh ate it. These two trusted men were suspected of conspiring against Pharaoh and were locked up until the matter was investigated and resolved. Well one day while these trusted men were in jail they both had a dream the same night and Joseph interpreted their dream. He told the cupbearer he was going to get out of jail and his job will be restored back with Pharaoh and the baker would die. However, Joseph interpreted came to pass and he asked the cupbearer to remember him after he was released. A couple years passed by and Pharaoh went to the cupbearer about a dream he had an asked him if he knew someone who could interpret his dream and the cupbearer remembered Joseph in prison. The King Pharaoh sent his guards to go and get Joseph so he could interpret his dream. Joseph interpreted Pharaoh’s dream and that is when Pharaoh recognized that Joseph was a man “in whom is the spirit of God.” So, he asked Joseph to be his second in command over the land of Egypt.

Joseph rose quickly to the top from prison to Pharaoh’s palace. His training for this important position involved being first a slave and then a prisoner. But in every situation Joseph learned the importance of serving God and others. Even though Joseph was deceived and betrayed by his brothers God had a plan to position Joseph with power to use him for his glory in the land of Egypt. Even though Joseph became second in control over Egypt, the Lord made it where his brothers who deceived and betrayed him had to come to Egypt because of the famine that took place in Canaan to get food from Joseph. When they came to get food Joseph immediately knew who they were and wept but not one time did he get arrogant or deny them of food. Instead Joseph gave each of them food, their camels food, put their silver back in their bags and treated each of them with respect, kindness and love. How many people reading this article have experienced a division in your family amongst your siblings? How did that make you feel?

People of God today reading this article even though your position and situation may seem unclear in your life and it seems like you are not going anyplace in your life. I want you to lift your eyes to the hills from whence comes your help. Your help comes from the Lord who made heaven and earth. He will not allow your foot to be moved and the Lord does not slumber nor sleep. For the Lord is your keeper.

I want to encourage you today that even though your job may not recognize your skills or abilities in your position at work. I want you to trust in the Lord with all your heart and lean not on your own understanding, because God is in control of your entire situation and for exaltation comes neither from the east Nor from the west nor from the south. But God is the Judge: He puts down one, And exalts another.

I want to continue to encourage you today who are reading this article even though you are struggling with insecurity issues, of becoming more confidence, or building up your self-esteem. I want you to know the Lord has searched you and known you. He knows your sitting down and your rising up; He even understand your thoughts afar off. The Lord comprehend your path and your lying down, And are acquainted with all your ways.

I want to encourage those who are suffering from addictions, who are lost, feeling hopeless, discouraged, suicidal, unloved or abused. I want you to know the Lord is your rock, and your fortress, and your redeemer. The Lord is your strength, and your shield and your salvation. The Lord heals the brokenhearted and binds up their wounds. His understanding is infinite. He will deliver you from the snare of the fowler and from the perilous pestilence. He shall cover you with His feathers and under His wings you shall take refuge.

I want to encourage those who are suffering from years of an infirmity, and illness, or diseases that has plague your body. I want you to know the Lord is your healer he is Jehovah Rohpe—the Lord who healeth thee. You shall not be afraid of the terror by night, nor of the perilous pestilence that walks in darkness, nor of the destruction that lays waste at noonday. The Lord is your shield, and your deliverer and refuge.

I want you to encourage those that those who trust in the Lord are like Mount Zion, which cannot be moved, but abides forever, as the mountains surround Jerusalem, so the Lord surrounds His people From this time forth and forever. The Lord said “If my people who are called by my name will humble themselves, and pray and seek my face, and turn from their wicked ways, then I will hear from heaven, and will forgive their sin and heal their land.” As the prophet Isaiah said “But He was wounded for our transgressions, He was bruised for our iniquities; The chastisement for our peace was upon Him, And by His stripes we are healed “Psalms 139 and Isaiah 53:5 NKJV.”