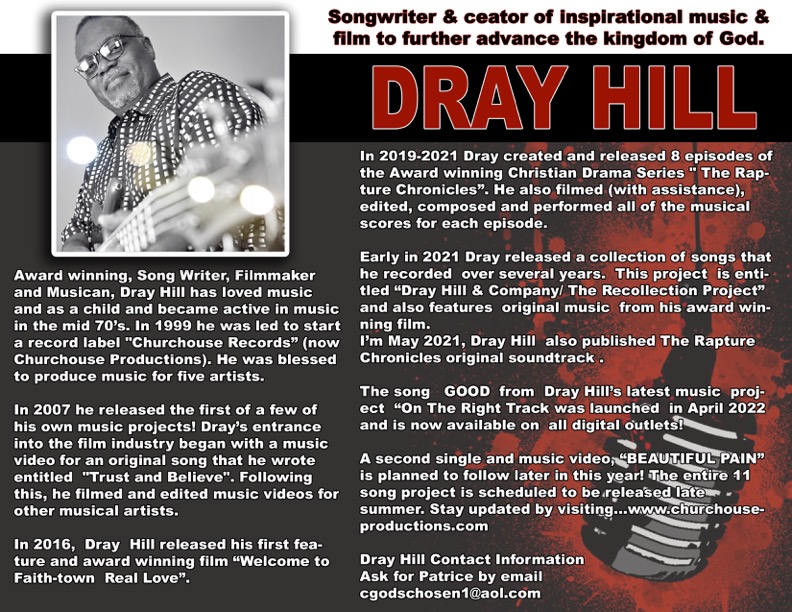 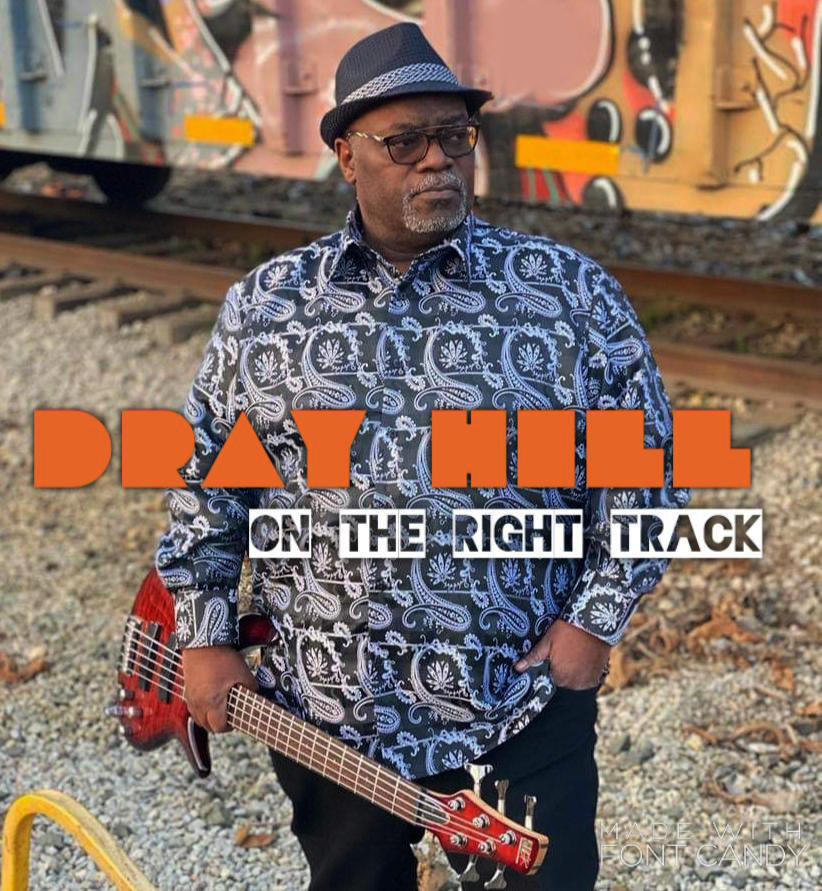 My musical journey has given me a wide range of opportunities and has given birth to additional aspirations and gifts from God, beyond what I could have ever imagined! At a very young age my inherent love for music became evident. My mom smiles as she recounts memories of me as a toddler, beating on pots and pans in rhythm to specific songs, as if I was a drummer in training.

During my elementary school years, I remember being completely fascinated with the piano! I found the sound of the piano as well as the appearance itself to be very intriguing! At the ripe age of 10, I developed an interest in poetry and begin to write my thoughts and feelings because it seemed the only adequate way that I could express myself. Just prior to high school I began to play the guitar, followed by the drums, keys and finally the bass guitar, one of my greatest passions! Melodies and lyrics that came to me naturally began to accompany the music that I played. 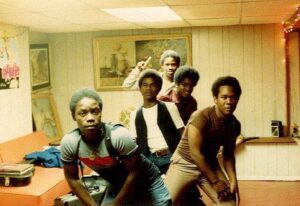 Dray started his 1st band by the age of 12. A multi-talented musician, singer and songwriter who sang and played all types of music (except gospel), in night clubs and any other place that his band was allowed. His goal was to become a part of the worlds most famous band, but God had other plans. In February 1984 the Lord saved him and began toter hid life completely around.

Dray founded Churchouse Records, (now Churchouse Productions) in 1999. He produced several artist for his label. Since those early days of success, he and Churchouse faced many faith testing days. But after riding through the storm the Lord confirmed his will concerning Churchouse. In 2007, a new artist has emerged from within the very core of the label it’s self, to carry on the message of the gospel in song. The Lord has commissioned Dray to present his debut limited released CD entitled “GLORY BELONGS TO YOU”. Dray’s sophomore project “Dray Hill & Company/ Live” CD. This project was mostly recorded live. Released in Oct. 2010.

The years of dedication that Dray’s Band, The Company (now retired), showcased, and helped to move Dray forward. Now the Lord is calling for him to move out a little farther in front. God is leading him to a deeper dedication of faith as he trusts and believes God to open the doors for the ministry and work that has been planned for his life. Dray’s third limited released project, “TRUST AND BELIEVE” released Oct.14, 2011. The single and title track, “Trust & Believe” has a music video that played around the country. The “Trust & Believe” CD project (nominated in two categories in THE DETROIT MUSIC AWARDS and in 3 categories in THE ENSOUND MUSIC AWARDS).

In 2021 Dray released a collection of songs that he recorded in the past, called Dray Hill & Company / “The Recollection Project”. https://drayhill.hearnow.com/dray-hill-company-the-recollection-project

The Rapture Chronicles original soundtrack was released May 14, 2021 https://drayhill.hearnow.com/rapture-chronicles-soundtrack

The music has opened another door, which has allowed me to enjoy one of my other main interest. Performing and ministering inside of prisons in song to the inmates. It is most fulfilling to see frowns turn to smiles and to see a heart turn to Christ. It is a very awesome feeling!

My first attempt to enter the film industry began with a music video for one of the songs that I wrote entitled “Trust and Believe” Although the video was amateur it sparked a greater interest and was just the first of many more videos and interviews for myself and for clients to come.

In 2015 the thought to create a short film entered my mind and I began to ponder how I could put a twist on a concert by incorporating a  short film at the same time. There were 3 artists including myself, to be featured in this concert film. The Lord prompted me to create a story and divide it into three parts.  Each artist would take the stage one at a time to perform, after which they were introduced and given opportunity to do their music set, thus it was a concert with a movie in it! It was called “Welcome to Faith-town Concert”.

Soon after this production I was hired by emerging recording artists to create music, and others in the music industry to do Music Videos, Commercials and Graphic Artwork for different media programs and clients. However the craving to get back to what the Lord was specifically leading me to do began to outweigh working on outside projects. In 2016 I began to devote my attention to my next musical project, Real Christians EP. I followed the same thought process as I did for the 1stWelcome to Faith-town Concert.  About 2 months before the concert, my idea was presented to a young filmmaker that believed  the storyline was good enough to make into a movie.   Following the success of the concert I agreed to work with  the experienced filmmaker who introduced me to  the fascinating  world of filmmaking! After the completion of this short film I was inspired to expand the storyline. I learned even more from other filmmakers as they assisted with the remaking of Welcome to Faith-town / Real Love. For the next 1 years and 5 months we worked on the full-length feature film.

During the filming we were met with many unexpected challenges but with the help of the Lord and a dedicated team, we were able to bring this production to completion  after 2 years and 5 months. What appeared to be a delay was simply God’s divine timing! God blessed our endeavors and has rewarded us by continuing to use this multi-nominated and  award-winning film to inspire and compel an unlimited audience to walk in true fellowship with Jesus Christ!

God continued to enlarge my territory and in 2018 I began to write for my latest project, ” The Rapture Chronicles Christian Drama Series”. The first episode was filmed and released in June 2019. Since then 7 more episodes have been published. The last was released 2021.

With more than a million viewers around the globe! We are honored that each episode thus far has been nominated for best web series, and we are grateful to receive correspondence regarding how this series has impacted so many lives! Stay tuned for additional episodes expected to be released this season!

Dray Hill has been nominated and has won music and film awards over the past few years! 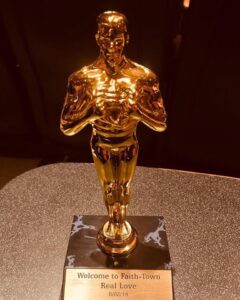 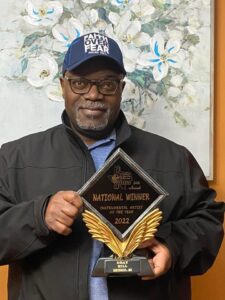 He also has a brand new Musical Project set to be released in May 2022! This 11 song project is entitled, “On The Right Track” features a group of funky gospel tunes, soul searching, thought provoking, mid-tempo songs and ballets that were inspired to reach the lost and strengthen the Christian! It will be made available on major digital platforms!
The first Single and music video for this project entitled, “GOOD”, was released April 2022

“Most gifted musician artist and producer of our time.”

“You can feel this brother’s passionate love for Christ in every note he sings and every lick he hits.   I love his energy, spirit, and his creative genius.”

“What an honor to promote the musical works of the great Music Minister Dray Hill!” OR “Keep telling the world about our Good, Great God!”

GOSPEL IN THE RED ROOM

“The Rapture Chronicles reflects the laid back views of today society and how unprepared we are for HIS return.. Great  acting but great filming as well!”

The Rapture Chronicles series is a awesome project that I would recommend EVERYONE to watch.